Two of the events announced in our previous letter have come to pass: firstly, the major exhibition on Tagore and Daniélou at Casa Asia in Barcelona, which was opened in July and closes on October 20th, and secondly, the exhibition of photographs “Lumières de l’Inde” at the bookstore Itinéraires, opened at the end of June by H.E. Dilip LAHIRI, the Ambassador of India in Paris, which stays open until the end of September, when it moves to the bookstore la Mandragore at Châlon-en-Champagne. A double of this exhibition is continuing its peregrinations around the Alliances Françaises in India.

With neither photos nor documents on show, the virtual nature of the Barcelona exhibition makes it especially interesting, since it requires the visitors’ active participation. Using an ordinary PC mouse, the visitor can view a number of CD Roms on large screens, select and listen to recorded music through earphones, zap through the controls to see works projected on screen.

Besides these two events, the autumn proposes other new activities. The first is a seminar at the Cini Foundation in Venice to present the digitising of a set of 350,000 data cards prepared by Alain Daniélou and a team of pandits at Benares University in the ‘forties and ‘fifties. This will be followed by the publication of the book containing the musical scores of eighteen songs by Rabindranath Tagore, translated into English and French by Alain Daniélou, who also wrote the accompaniment for piano, the publication of a catalogue of all Alain Daniélou’s works, a brochure commemorating the tenth anniversary of his death and, lastly, the fourth of the Mleccha’s Exercise Books, this one devoted to Hinduism (French edition).

Happy reading and best wishes for the Equinox!

– Les Cahiers du Mleccha – 4
APPROACH TO HINDUISM
This Approach to Hinduism, appearing ten years after the death of Alain Daniélou, provides important data on the tolerance and incredible richness of traditional Hinduism, in which “since the beginning, scholars and philosophers have studied, without prejudice, the enigma of man and the universe, have sought to understand, to know, not to believe or preach”. In the Hinduism that Daniélou got to know through its arts and sciences, through Yoga, its concepts of death, love, social life, or even drugs, the co-existence of opposites is always “where the divine lies”. Thus, any westerner travelling to India is rarely insensitive to that simple but relaxed, reverent but courteous relationship of the Hindus with the gods, with flowers, scents, the ornamental animals in the temples, music, the beauty of rites, statues and ceremonies. What is striking is that it appears not to be a question of “belief” – with all that the word implies of voluntary sentimentality and deadening of the critical spirit -, but a spontaneous, cosmic sympathy, the happy bathing in a natural harmony that we ourselves have lost.
Les Cahiers du Mleccha – 4 / Editions Kaïlash, Paris-Pondichéry / “Le Message de l’hindouisme“, 2004 / Series grouping various texts by Alain Daniélou..publisher, Studies and preface by Jean-Louis Gabin.

Collections of unpublished documents, articles and conference papers, given by Alain Daniélou from New York to Moscow, and from Teheran to Benares. They tackle subjects as different as music, Hinduism, Yoga, the castes, tolerance and fanaticism, eroticism, Tantrism, the modern world, the cosmic cycles, the search for wisdom and happiness. Like the Darshanas, these contradictory points of view which, according to the Hindus, are alone in giving unblinkered access to the reality of the world, the bringing together of these at once scholarly and incisive texts casts a new light on the thought of this great Indian scholar.

Soon to appear in English:
A Civilisation of Differences

Under preparation in English:
Shivaism and Primordial Tradition*
Approach to Hinduism*
The Body, the Temple of God*
Music of the World*
Language, Symbols and Intercultural Relations*
The Theatre, Dance and Arts of India*
The Universal Message of the Gita*
Miscellany*
(*) provisional title

– History of India
Kama Publishers, Sofia, Spring 2004. Bulgarian translation of the second edition of the work awarded the French Academy Prize in 1972.

The first part of this book explains the caste system and its origins. At the time of the Aryan invasions, Shivaite religion and philosophy predominated among the peoples of India. As a regulator of stability between the Aryans and the indigenous populations, the caste system avoided any pernicious crossbreeding and preserved differences, establishing an organised society ensuring a livelihood for all, with the right to keep their own beliefs and social institutions. Daniélou then describes the creation of an artificial, ideal, perfect, scholarly language: Sanskrit, belonging to no one and to everybody, used for communication among the various groups.
The second part expounds the basis of the social order. Daniélou first explains that history and the movements of the universe are conceived of as a cycle. The universe is not made of continuous matter, but of relations between two governing energy forces – centripetal and centrifugal – which determine the movements of the planets, stars and atoms. This view of the universe, founded on discontinuity and non-Euclidean geometry, recalls the post-modern perception of the world. Daniélou then describes the different cycles of mankind. The first beings appeared on earth during the Golden Age, the Satya Yuga. They were known as “the Far-Seeing”, and were able to detect the laws that govern the world, in some ways recalling the Celtic Druids, to whom exceptional powers and knowledge were also attributed, and who were also known as “seers”.

More than any other work, The Four Aims of Life is a eulogy on respect for diversity:

For the Hindu, such levelling is indicative of the suicidal tendency of a species, inasmuch as the intensity of life is based on its wide range of differences, while levelling in any order of things is always the symbol of death itself.1

This book is an excellent guide, proposing rules of life and conduct from a Hindu point of view, and also covers the preoccupations of westerners today.

This book presents the caste institution and the often surprisingly modern conceptions of an archaic society whose structures, ways of life, beliefs and ethics have survived in spite of wars, invasions, reforms and progress, Bulletin du livre, juillet 1976

Painting, drawing, photos, singing, the vina, musicological and Indian studies, mythology, religion, history, society : Alain Daniélou took an interest in so many fields that it is difficult to approach them all, and even more so to unite them. Here’s precisely what Xavier Bellenger has managed to do on this CD Rom, presenting the multi-faceted work of this unclassifiable artist-philosopher and lover of beauty, with his untiring search into the mystery of creation. 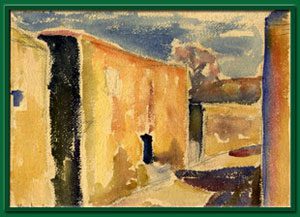